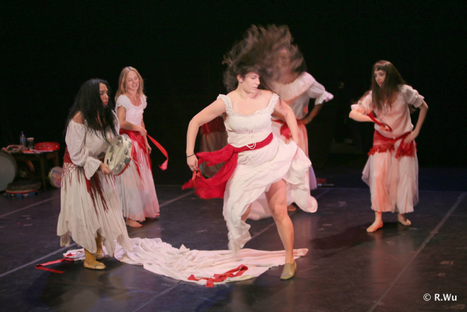 Alessandra Belloni artist/healer/clairvoyant, described by the LA Times as “a force of nature,” –  travels the world bringing relief to troubled women though trance dance and drumming with the entrancing 6/8 rhythms of “the Tarantella”- coined by Alessandra as the Spider Dance.

This dance is a cure for sexual abuse, repressed sexuality and the feeling of being "caught in a web that binds" - a feeling that causes many women, known in the Italian language as "tarantate," to suffer a malady known "tarantismo" -a lethal mixture of depression, loneliness and oppression 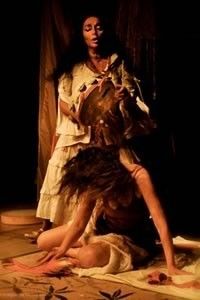 A native of Rome, Italy, Belloni has  created in 2009 a Women's Ensemble of voice, percussion and dance, dedicated to the healing power of drumming.  She regards frame drums and tambourines as "female instruments," connected with the mother/child heartbeat as well as the use of these instruments in ancient times, when women priestesses used them in healing and esoteric ceremonies all over the Mediterranean, honoring the Goddesses Cybele, Isis, Artemis, Aphrodite, Hecate, and Inanna.

These ceremonies are still practiced in Southern Italy, though women are not as active in the drumming.  In the past, it was  usually older peasant women who played the tammorra (large drum) and acted as healers, removing the evil eye and healing broken bones and skin diseases.   Alessandra Belloni continues this tradition through her tireless field research, education in these rituals, and belief in their effectiveness.  "I have experienced a lot of healing," she notes, "and some miracles." 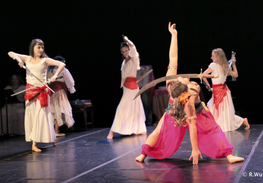 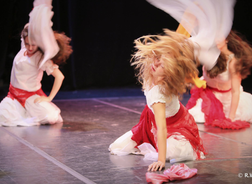 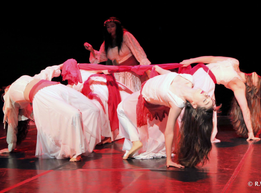 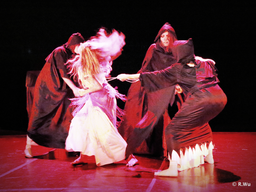 Belloni has gathered a unique ensemble of women schooled in voice, percussion and ritual dance to honor the female energy found in traditions from Southern Italy, Brazil, Africa and the Middle East, emulating one of the most ancient ways of praying and healing.  The strong, talented, beautiful and creative women take a fiery percussive journey in honor of the feminine principle.  .

"Voices of the Tarantate" presents Belloni as a powerful shaman, surrounded by women traditionally dressed in white with red lace scarves, singing, drumming, and dancing the wild and transformative tarantella to bring about healing.  They will also share some of the stories of women who gather in Tuscany every August, under the direction of Belloni, to be healed and empowered. 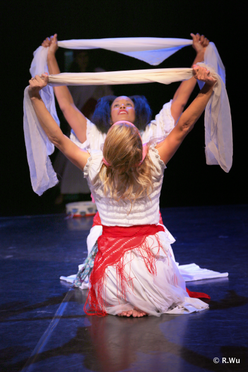 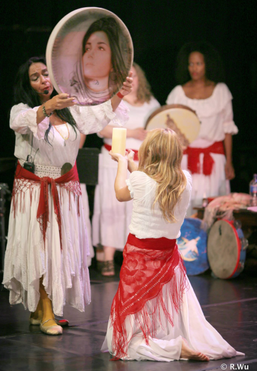 Don Hackman, writing in the Los Angeles Times, found that "Alessandra Belloni and 'Tarantata: Dance of the Ancient Spider' is a revelation, utterly fascinating."

Carlos Stafford remarked: "Her (Belloni's) performance is like no other in its originality and content, and she strikes a deep chord of truth."

In The New York Times, Jon Pareles found that "Ms. Belloni sang in an exultant voice.   The songs blazed with an age-old momentum" 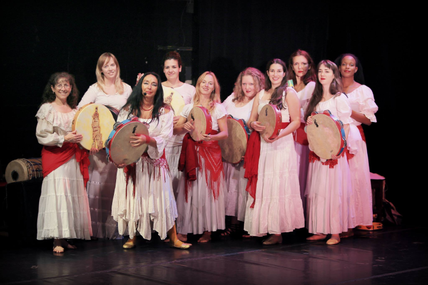 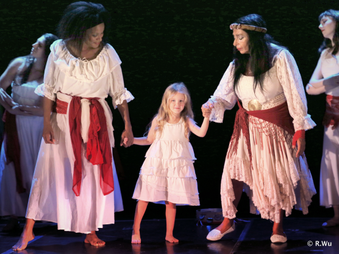 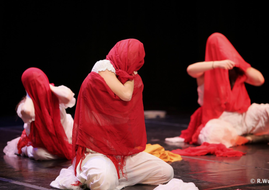 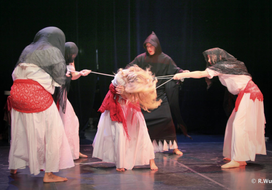 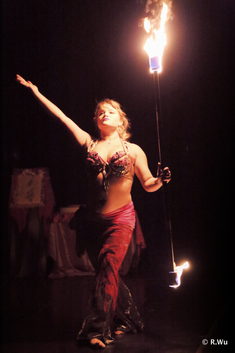 In observation of Domestic Violence Awareness, Alessandra Belloni presents  the world premiere of her all-women's ensemble, Daughters of Cybele, in "Voices of the Tarantate," which will include real stories of  women's abuse and their healing, woven into powerful sacred chants, drumming and healing trance dances in Honor of the Black Madonna.